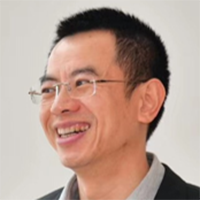 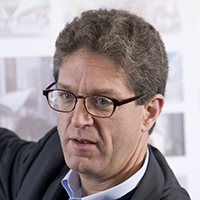 As residential populations have increased in the urban cores of our cities, the demand for quality educational facilities has followed. Because of this and the need to maximize land use in existing high-density neighborhoods, a new urban challenge has emerged—adapting a traditionally horizontal low-rise building type—a high school—into a high-rise building. Recently built high-rise schools and others that are still being designed, both in Chicago and around the world, are examined.

The first example is the recently completed William Jones College Preparatory High School, a seven-story LEED-Gold building in downtown Chicago. The school was designed for 1,200 students on a restricted urban site along State Street. Client goals included future-ready learning environments and large-span shared spaces such as an auditorium, gymnasium and a swimming pool. Post-occupancy, the school has received widespread recognition in the Chicago area and nationally as both a unique solution and as an easily-replicable model for other urban high schools. Other elements include its connection to the neighborhood and the renovation of the adjacent existing 1960s Jones High School complex--a “50 Back” example of a high-rise design solution in its own time.

Other recent high-rise school designs are examined as well, including the Campus International School in Cleveland, Ohio and two high-rise schools in Mumbai, India. The presentation also includes an overview of other high-rise schools recently built across the United States. All are examples of how cities can effectively face the educational needs of expanding residential populations for the next 50 years.